“Make sure you walk when you go back to the bathtub, the floor will be sli….”

Moments earlier Baby E had walked out the bathroom, water dripping off his body asking for more toys for his bath. Baby E loves bath time, and wouldn’t hesitate to spend an hour in the water. This evening I had given him plenty of toys, but apparently they weren’t the ones he was looking for. He stood there shivering and asking me for more. I pointed out one more he could take. He grabbed it, turned, and ran towards the bath. That’s when I called after him. That’s when he fell.

I sprang up from the floor I was sitting on and rushed into the bathroom to find him sprawled on his back with his head resting on the hard tile floor. By the sound of his fall, I knew he was in pain. I scooped him up and held him in my arms as he screamed and screamed. After a few moments he started to calm down. I rubbed at his head, noting no unusual bumps or bruises and he asked to get back in the tub. I gave him a kiss, set him in the water, and gave him strict instructions to not get out alone again. Poor kid. After dinner, he put himself to bed nearly an hour early. But considering he had only taken a 20 minute nap, played in the snow for an hour, and had his little tumble, he was more than ready.

After months of snow disappointment we were finally rewarded for our patience. It snowed all day. Perfect, fat, beautiful snowflakes that danced as they fell to the ground. The air was still, and the sounds were muffled in the wondrous beauty that only a heavy snow can provide. We got between 5-7 inches, more than enough for sled riding, snow ball fights, building snowmen, and making snow angels. We watched movies next to a roaring fireplace. We played games. We read books. The day was pretty close to the most perfect snow day we could have asked for. The only thing missing was Daddy, as he had to be at work today. It’s likely the last (and only) big snow storm of the season, and I enjoyed it immensely. After I put the kids to bed this evening I went out to the van to clear it off for the morning’s commute. When I was finished I just stood in the driveway admiring the goodness of God on full display in the drooping, snow covered branches of the big pine tree near the house, and in the sound of the snow dropping from the highest branches of the tulip poplars. The sky still clung to the last few moments of light before slipping into complete darkness, and in that moment, that completely still moment, time stopped and life felt magical. 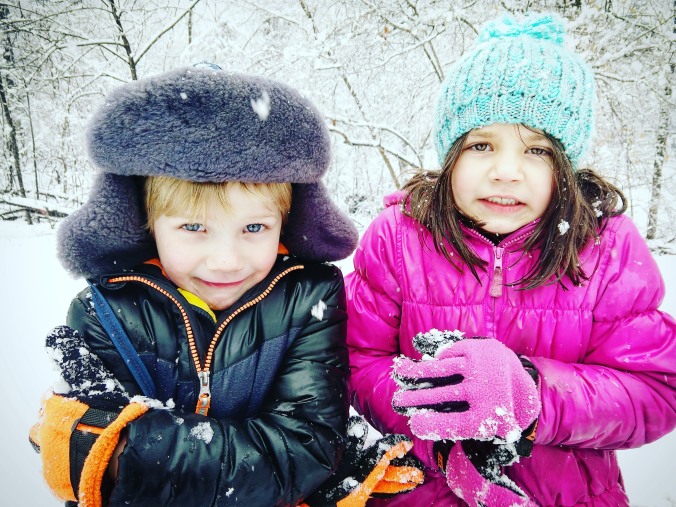 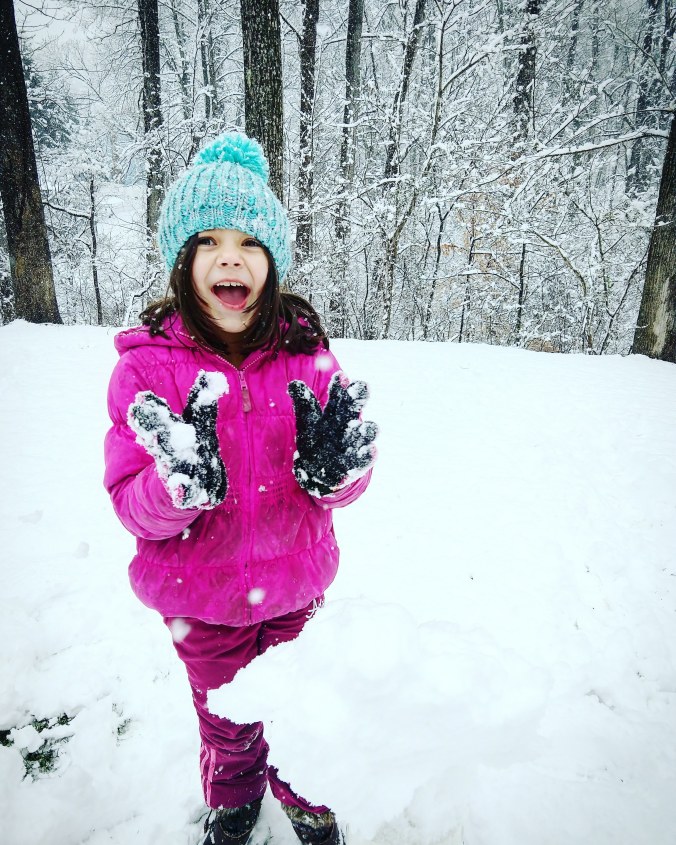 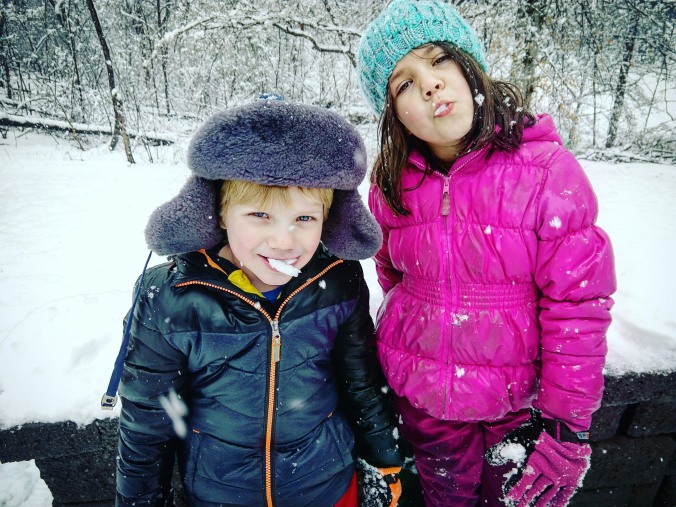 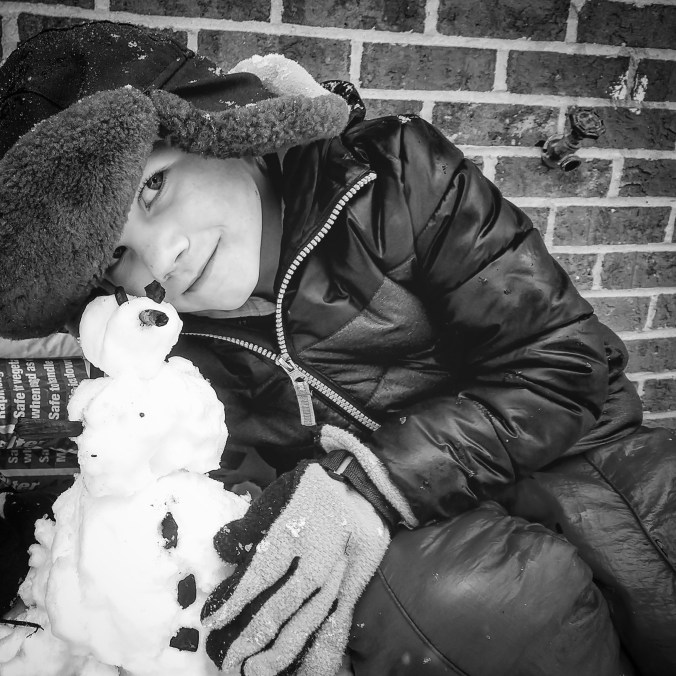