One Hundred and Fifty Four Five

That’s the number that Big E uses when he wants to describe something that is bigger than any number that he already knows.

For instance, he is going to live for One Hundred and Fifty Four Five years.

He is going to play outside for One Hundred and Fifty Four Five minutes.

He is going to eat One Hundred and Fifty Four Five M&M’s.

C, like the diligent big sister that she is, often corrects him and mocks him for this made up number, but I totally understand him. There are some things that are just too big to be explained or contained in the terminology that we have come to understand.

My stress level for the past week has been a One Hundred and Fifty Four Five because of the stomach bug that hit Tim and Big E.

I have One Hundred and Fifty Four Five dishes to clean and it is only Tuesday night.

Baby E woke me up so many times last night that I am One Hundred and Fifty Four Five amount tired.

What about you guys? Are you having any “One Hundred Fifty Four Fives” this week??

This morning was perfect, the snow laying heavy on the tree branches, casting a white pallor on the forest behind our house. A squirrel climbed up a young tree, making it sway under his weight, shaking the snow from the branches as he climbed.

I love the way snow muffles sound and carpets everything in a pristine quiet. I love the way it emphasizes every line and angle of the branches it settles on and I love watching it drop from the limbs as the temperature rises.

My disdain for the color yellow started very early in my life. I associated the color with vomit, and it caused me such distress that my mother couldn’t take me down the mustard aisle at the store without my eyes covered. My sister would torment me, as only a sibling could, by chasing me with yellow crayons, my mother chiding her as we ran past. The very sight of the color yellow would make me nauseous, so a long time I avoided it. Like most childhood fears, I outgrew it, however my distaste for the color lingered on for years… as did the mocking I endured over my unconventional aversion.

My list of childhood fears runs the gamut of somewhat predictable to the strange and unusual.

Thankfully, my children’s fears have so far been relatively typical- comprising mostly of dark hallways and loud noises. If we are lucky, they will stay that way, however should they start fearing, say, the rapture, I feel more than prepared to help them conquer their anxieties.

Did we share any of the same fears? Are there ones you would add?

This afternoon we had a much needed family date. We’ve had a really rough week and we really needed the chance to connect with each other in a positive and happy way. We decided that we would take the kids bowling today, since they had never been before. Once the kids got the hang of it, they had a blast. Even Baby E couldn’t wait for his turn. I’m grateful for the time we had this afternoon to just have fun and be silly! 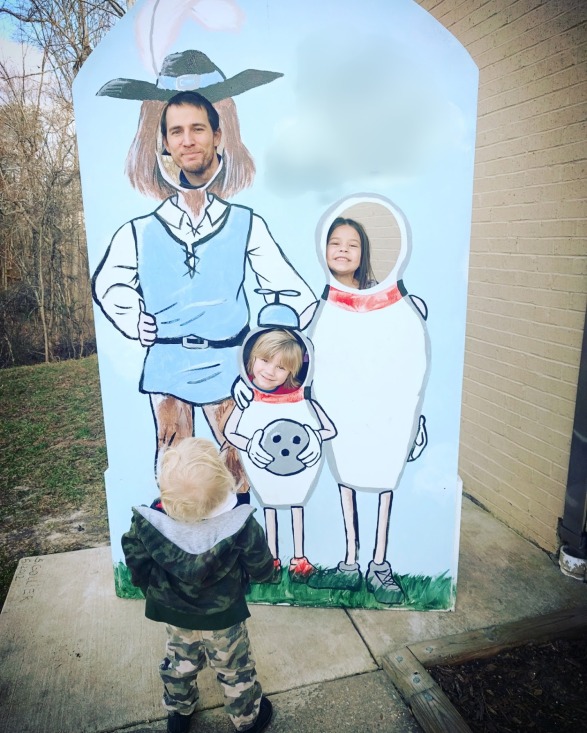 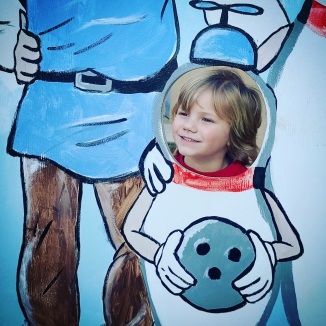 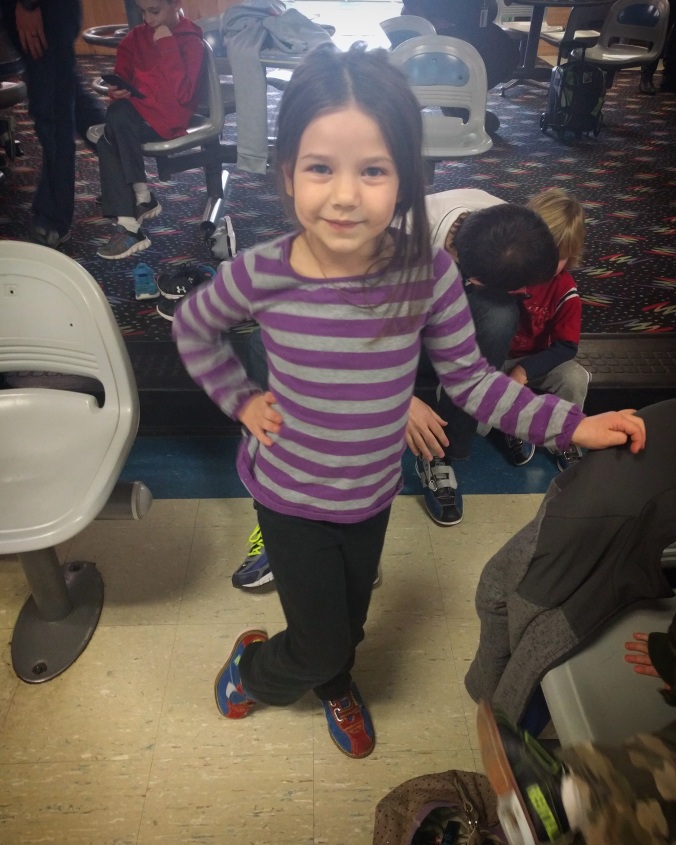 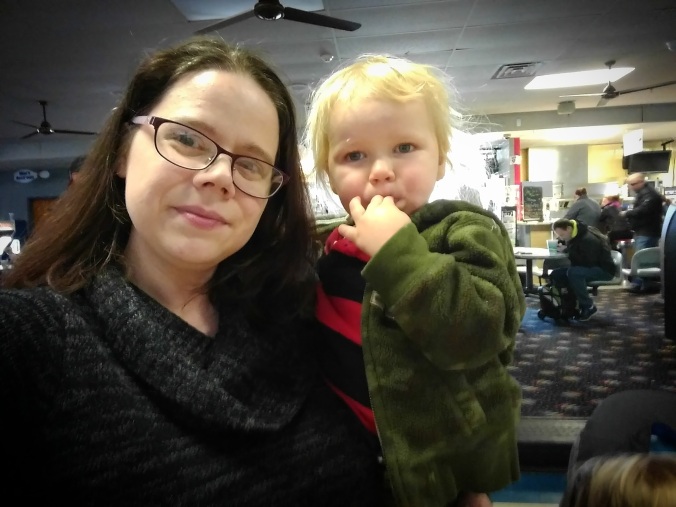 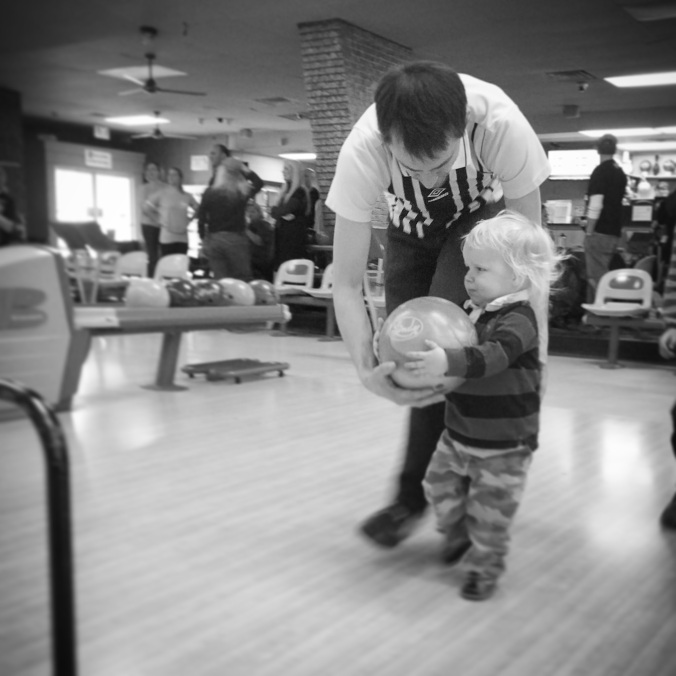 I saw him when I passed by the first time and made a mental note that he was there. I had a quick errand to run moments from my house, and I knew there would be no way to avoid him on the way back. Hopefully he would be gone when I returned.

On my return trip I saw him at once, and held my breath as I passed him. I’ve had a headlight out for the better part of a week, but with the rough week we had, I never got a chance to deal with it. I checked my speed, confident he at least wouldn’t catch me on that. Once past, I kept checking my rear view to see if he would move. A car was about a hundred yards behind me, and if he would just catch up, maybe I’d be OK.

But no luck, I saw the black and white cruiser pull out from its position. Here we go. The kids had been arguing and screaming for the past few minutes and I let them continue as I watched the cruiser get closer and closer. My speed was still good.

After about eight blocks, the lights turned on. Sigh. I pulled over and waited for him to come to my window. Finally out of curiosity the kids became silent. I rolled down my window.

Do you know you have a headlight out? I nodded that I did. And one of your break lights? That I didn’t know about, but I guess it was one light  too many and he asked for my license and registration. He seemed in a hurry as he took my license, and opting to not wait for the registration, he rushed back to his cruiser. Ninety seconds later he was back at my window handing me my license and a printed warning. I have to go! He said urgently as he pushed them towards me. He ran back to his car and drove off.

A warning. Thank goodness. With the van moving again, the kids peppered me with questions the rest of the way home, wondering why he had been so mean to pull us over when I hadn’t done anything wrong.

I was quick to correct them. He was right to pull us over. It’s his job to keep people safe.

Officers put their lives on the line everyday, often for people would never return the favor. I’m grateful our community has a strong, positive police presence, and a warning about headlights seems a small inconvenience to pay.

Thank you to those who serve!

This boy will be five in a few short months. He is my handsome pants and my go to cuddle buddy. He plays with my ear lobes, calls me his girl, and tells me he’s never going to get married because he wants to live with me forever. I know one day he’ll change his mind, but for now I’ll enjoy the machine gun kisses and his perfect little arms wrapped around my neck!

Thank you so much for your kind words and prayers. Today’s appointment went very well, and I was pleased at how encouraging, positive, and helpful the doctor was. She was able to clarify a great many things for me and explained everything in a way that was completely understandable. Overall it was a very good experience.

I apologize that this post is so short, but my house is incredibly quiet at the moment and I want to embrace the silence! Goodnight, dear friends and once again, thank you!

I can admit that here, right?

Tomorrow I would have been 19 weeks pregnant. But instead of having a routine prenatal appointment, or having my gender-revealing ultrasound, I am finally having the follow up appointment with my own doctor. I am now 86 days post surgery.

I’m hoping to get answers to long dormant questions, and perhaps find clarification on some aspects the surgeon left unclear.

Honestly, I don’t know if this will be the start of a new journey or the end of an old one, and the not knowing makes tonight feel heavy.

Even in my self-induced bubble, it has been hard to avoid the many articles and pictures of so many women around the world marching for the right to stricken their babies from their wombs, as there are those of us that wish with all our might that we could restore our children to our own- the ones whose heartbeats never lead to breath, the unseen ones. They are still very much our children and pain of their loss will always linger.

So if it isn’t too much to ask, may I burden you for a prayer that tomorrow will come softly- and that whatever information I obtain, I may be able to prayerfully and thoughtfully apply it to the benefit of my family. Thank you!

“The Lord gave and the Lord has taken away;
may the name of the Lord be praised.” Job 1:21b

My mind is racing tonight with a million different topics and I can’t put even one of them into words. So instead, here is a sweet picture, of a sweet little hand, on a sweet little boy that has my heart.