We left the new house last night around 6 pm. We hadn’t wanted to take the time to eat dinner before leaving, figuring we’d grab something on the way. We didn’t take into account that yesterday was Easter and everything worth eating would be closed, so we found ourselves the only patrons of a very lonely Burger King. The kids didn’t mind, but Tim and I had a hard time stomaching the food. We got home and brought the three kids into the house. Baby E was wide awake, but the other two were asleep. Upon getting inside, Big E woke up and almost immediately started complaining about pain in his stomach. I tried giving him some apple sauce, thinking perhaps he was just hungry, and he devoured it. But a few minutes later he was complaining again, and was starting to get himself worked up. So we got him a bowl and set him in a comfy chair and encouraged him to get some sleep. Not ten minutes later he threw up.

As you know, I can’t stand vomit. Even the thought of it makes me gag, and there were were, the basement reeking of it. But Big E smiled a faint smile and said he felt so much better. He settled down and went straight to sleep. I kept him away from the day care today, but I really think it wasn’t a stomach bug, but rather his stomach refusing to digest our sketchy dinner. He woke up this morning feeling great.

In fact, I woke him up at 5:15 this morning to let him know he was going to work with Daddy. His eyes got huge and he jumped out of bed with a huge grin on his face. He got dressed as fast as he could, found his backpack, and quietly stuffed it with all the toys he could think to bring. When he learned he was the only kid going with daddy, his excitement increased. The thought of spending the day in a boring office would have turned me off, but he couldn’t have been happier, and I sent him off this morning with a bounce in his step.

When I picked the other two up this evening from day care, we decided to take a short walk on the stinky bridge, and a visit to the beach. It was cold and windy, so we didn’t stay out long, but we enjoyed it immensely. C drew pictures in the sand, Baby E spent him time finding ‘pretty’ things he could throw in the water (shells, stones), and I found a few sharks teeth.

We came home to a quiet evening, dinner, and bedtime. 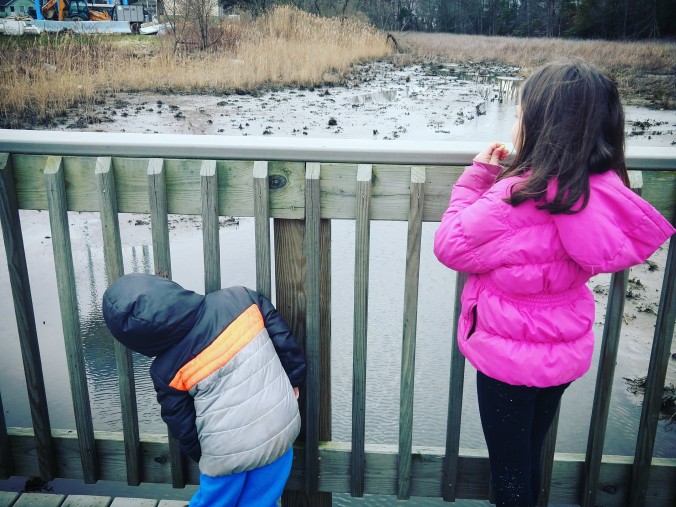 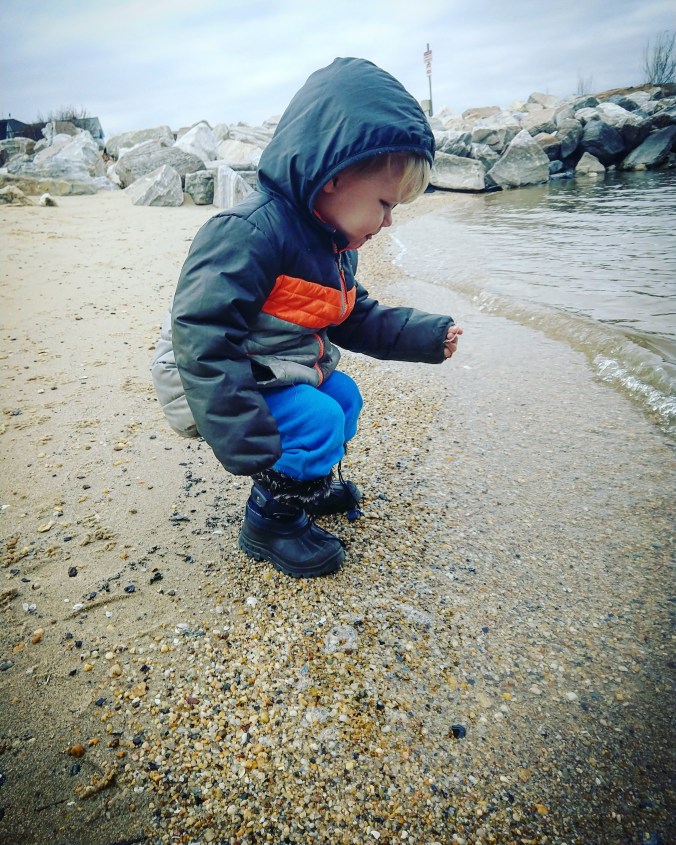