Whoever thought making the last day of school also crazy hair day did not take into consideration all of us photo-obsessed-mamas out there that just wanted a before and after shot of their kids’ school year! This morning Big E asked to sport a mohawk, and C wanted a bunch of pony tails.

This school year has been a tough one guys, but my kids did an amazing job at rolling with the punches. If you remember, we moved out of our townhouse shortly after school started. Initially we had thought we might move to our new house in January, so we did not anticipate managing an entire school year from my in-law’s basement, but it worked! I am so proud of how hard these kids worked! I know it wasn’t easy and we never quite felt settled, but they were so resilient. And in just a few more weeks I get to see them all the time! I CANNOT WAIT!

Tim got them off of the school bus this afternoon and took them out to the new house this evening. I have spent my time packing up clothes to take when I head out there tomorrow after work. They will be spending the next week or so out there, which means I will have nearly a week without them. As much as I will be soaking up the quiet, I am going to miss them!

Today was also Baby E’s last day at his daycare. I have been so grateful to have such a wonderful place to drop my children off every day. He has learned so much over this past year and he is really coming out of his shell. I know he is going to miss his teacher and his many friends. 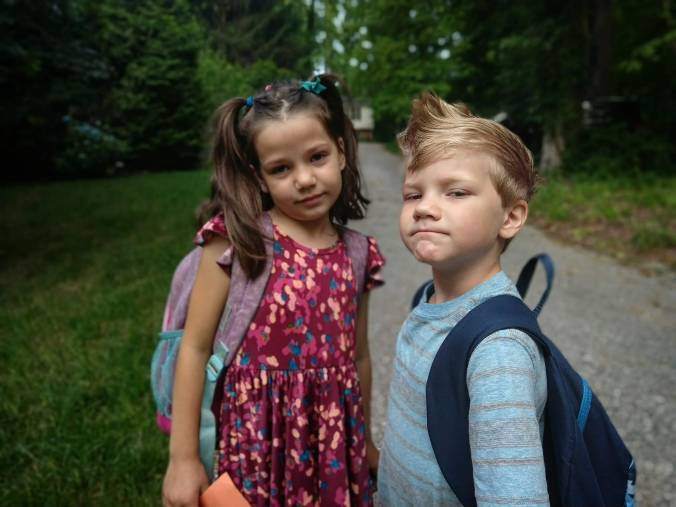 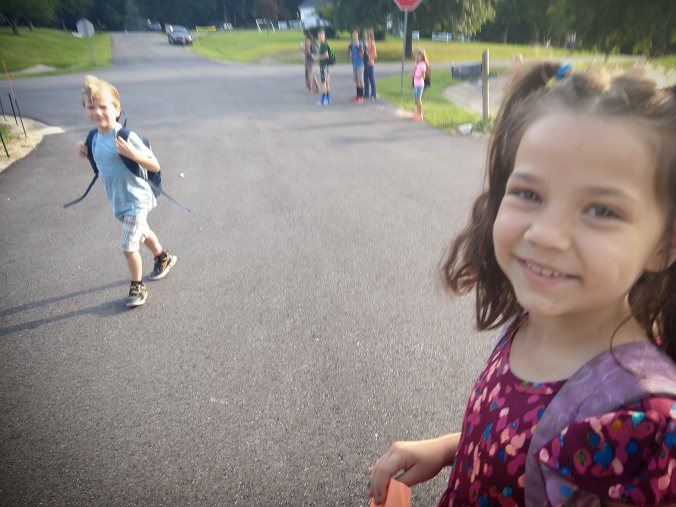 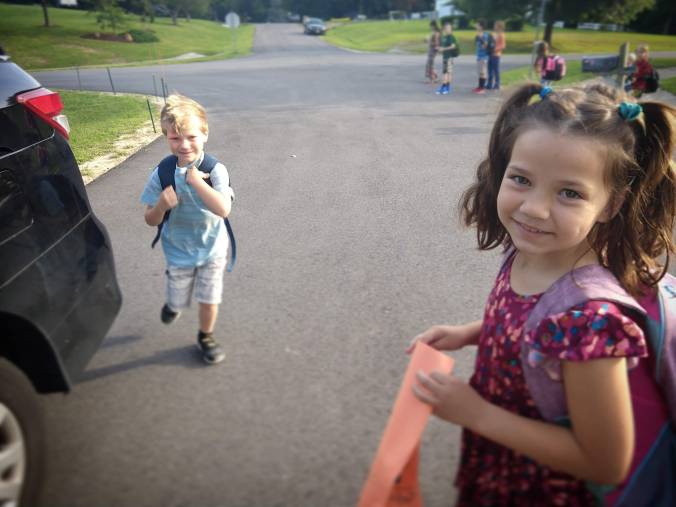 Last night we took some time to sit down and do some ‘homeschooling.’ We had recently picked out a book at the library about sharks. We spent about 20 minutes going through the first half. We lingered on each page talking about the information we were learning. When we were done, I asked the kids to talk about the book and about anything they hadn’t known about sharks before reading it. Then they sat down and drew a shark for me. The great thing was, they didn’t realize how much they were learning. When we called Tim a few minutes later, C couldn’t wait to share that she learned that Great Whites roll their eyes up in their heads when they eat and Big E described that sharks had different teeth to do different things. I’m looking forward to many more teachable moments in the future!

I love that her shark is waving!

The yellow on the bottom left are the fish the shark is eating. Apparently this Great White is a messy eater since he smeared fish guts all over his face! Those teeth, though!