We pulled into the gravel parking lot around 2:15 this afternoon.

We were on our way home from visiting the cousins, when I decided I wanted to do something spontaneous. We have moved to such a beautiful area, that I wanted to take advantage of the incredible weather and lovely blue skies. I had checked online to see if there were any hiking trails along our route home and found one along the way.

The parking lot was just off the main road, and nearly every spot was taken- at least 10 cars already there. I didn’t know anything about the trail except the fact that we were near the top of a mountain. I got the kids out of the car, insisted that C put on tennis shoes instead of her flip flops and we readied ourselves for a walk.

At that time, the people parked next to us arrived at their car. They were in pretty standard hiking attire, and they were soaked in sweat. “How long is the trail?” I asked naively. “About 6 miles,” came the response. Yikes! “Ok kids, we will just walk a little of it.”

Now as embarrassed as I was as to the ridiculousness of my next question, I had to ask. So, I mustered my courage and asked nonchalantly, “So, there aren’t any bears are there?” Now folks, I take my phobia of bears seriously and we were on top of a mountain and the trail did look pretty rough, so I think it was a legit question! (BTW- my husband laughed at me later when I told him!) The three people just stared at me and giggled. “No, no bears!” “Alright, then we are good to go!” I exclaimed and the kids and I marched to the trail. (I’m pretty sure they laughed about the crazy lady and her kids asking about bears and wandering around where they had no business being!)

As we started hiking I noticed that the trail was steep and pretty rocky at points. I also noticed that all the people that we passed were dressed for hiking. Some of them were using hiking poles. Others were carrying bottles of water strapped to back packs. And then there was us… One mom and three small kids in street clothes (C was even in a dress,) one water bottle for Baby E, and a complete ignorance of our surroundings! We hiked for quite awhile. We would stop at anything we found interesting. We passed probably close to two dozen people along the way. Finally I asked someone what was at the end of the path. “An overlook, but it’s really far.” “How long does it take you to do the whole hike,” I asked. “Three hours,” a nice man responded. Right, yeah, we aren’t doing that.

We hiked for awhile, though. The trail was well marked, but very rocky, so some of it was slow going. We finally came to an area with a small rock out cropping where the trees were slightly parted and we could look out onto the valley below us. It was beautiful. We were much higher up than I realized and we could see other mountains in the distance. We rested for a few minutes and then started our trek down the mountain. By the time we made it to the van we had been on the trail for an hour and we were all drenched in sweat. Thankfully we were only about 15 minutes from home.

I think it is strange that I am completely intimidated about taking my children into public all by myself. The thought of taking them all to the grocery store alone gives me shivers. Take them to a restaurant- no way, not a chance. That’s such an overwhelming thought to me. But marching them up the side of a mountain on some steep hills and rocky terrain, well I can do that without a second thought… as long as there are no bears! 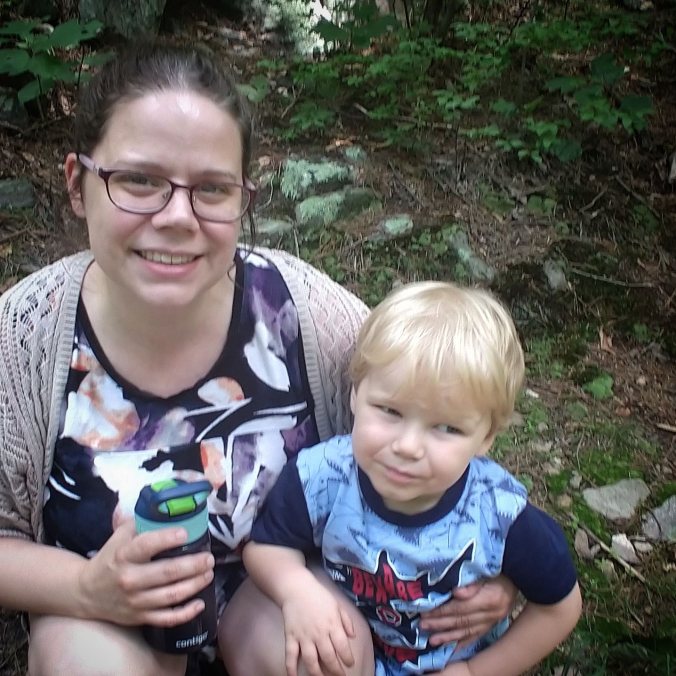 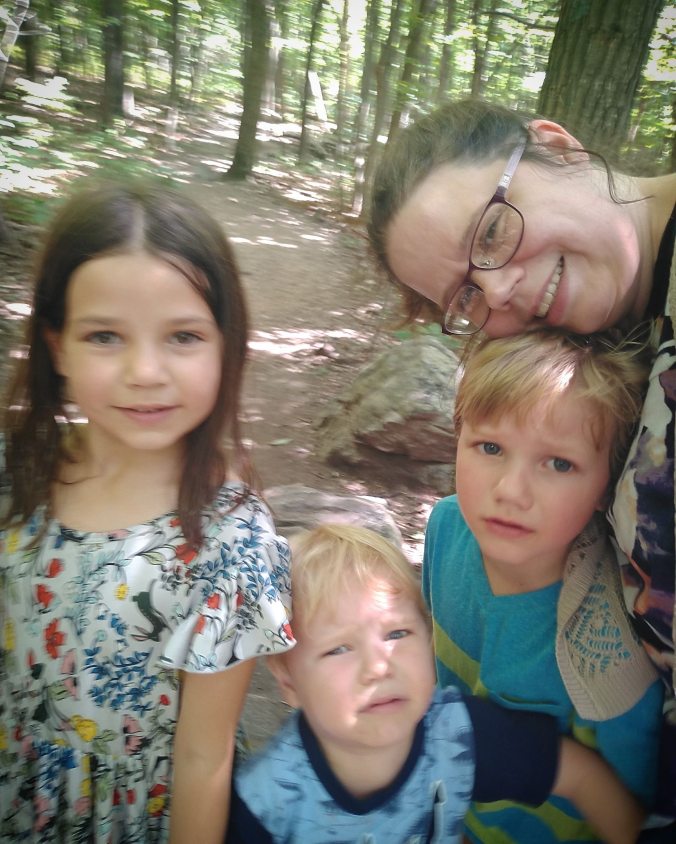 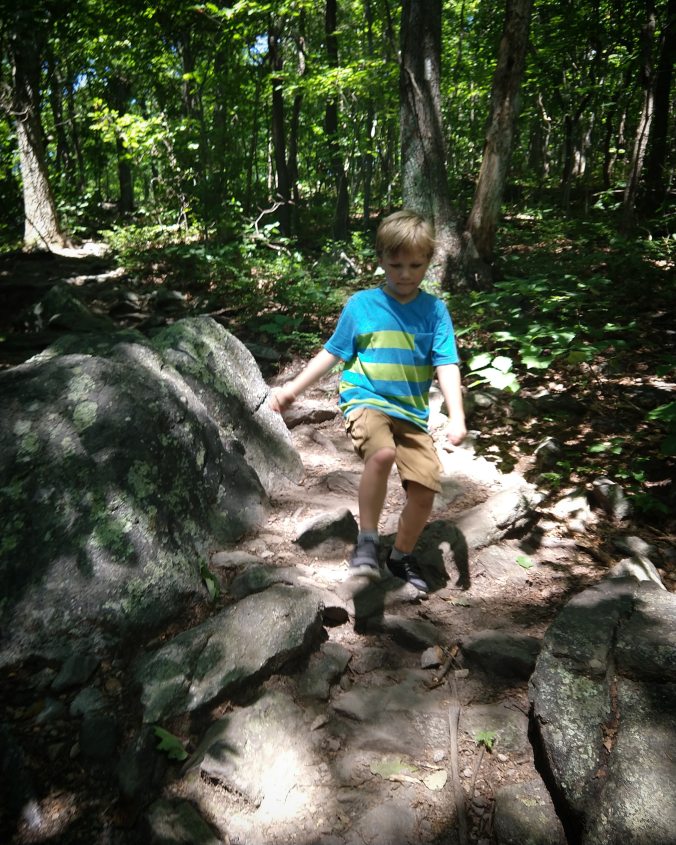 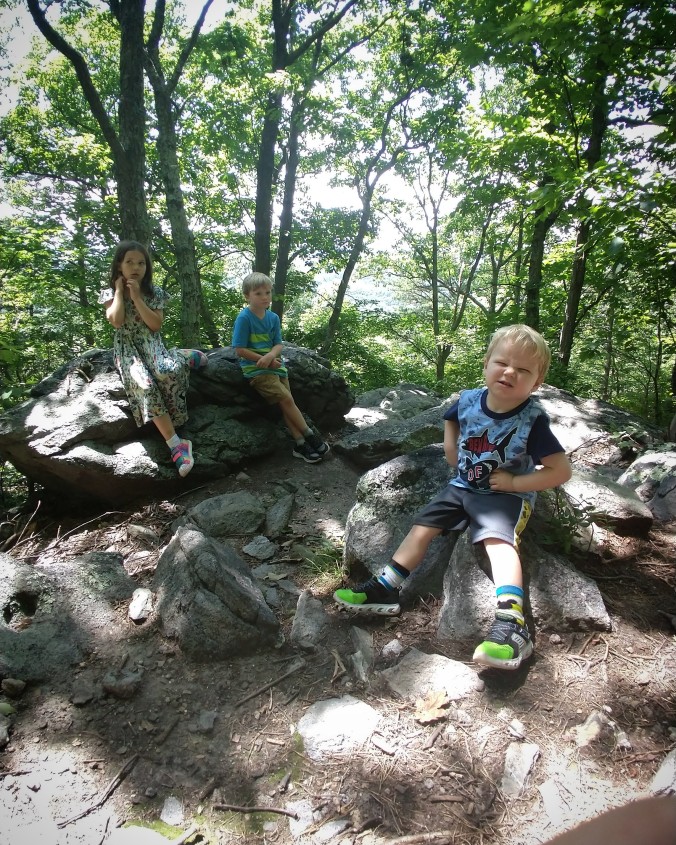