The other day when we went to one of the local parks we had to walk through a golf course. It was a very long walk along a nice paved pathway. The weather was beautiful, albeit a little warm. My sister and I were walking along with C and Big E in front. Baby E was lagging behind but I was keeping an eye on him. All of a sudden I heard a howl coming from Baby E. It was a terrified scream, but not like he had gotten hurt. I whipped around to see him running full speed towards me, eyes wide open, mouth still screeching. It took me only a second to realize what was happening. There was a jogger coming up behind him and he thought the jogger was chasing him. Poor kid was convinced he was about to get snatched. As he ran into my arms I assured him that he was safe and the man wasn’t about to steal him. When he wasn’t looking, I couldn’t help but laugh. Poor kid!

Speaking of Baby E, he has been furnishing us with endless entertainment. He has become obsessed with the bones of the body and will gladly point out his mandible, his maxilla, nasal bone, frontal bone, and humerus. The other day he hurt himself and came crying to me, “I hurt my frontal bone!!!” That’s the forehead, by the way, and it’s the one he hits the most. That’s the problem with having such a large head!

Today we spent most of the day at the shop. On the way home we stopped at a park a few minutes from our house and the kids played. After we got home and had dinner we took a walk in our neighborhood and ended up at a nearby elementary school where the kids played on the playground as well. The kids are loving all the active time we are having outside, and I really am too! 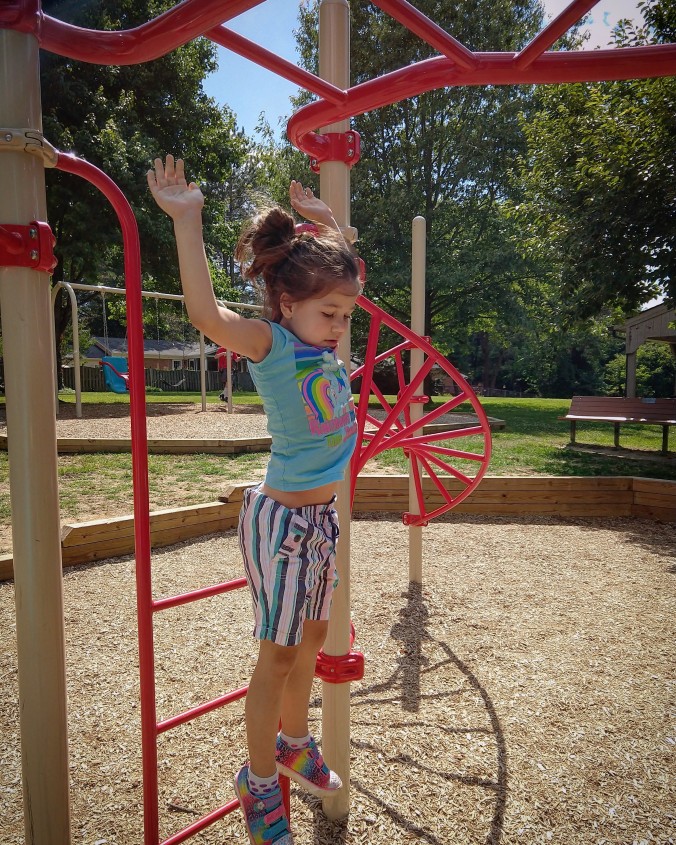 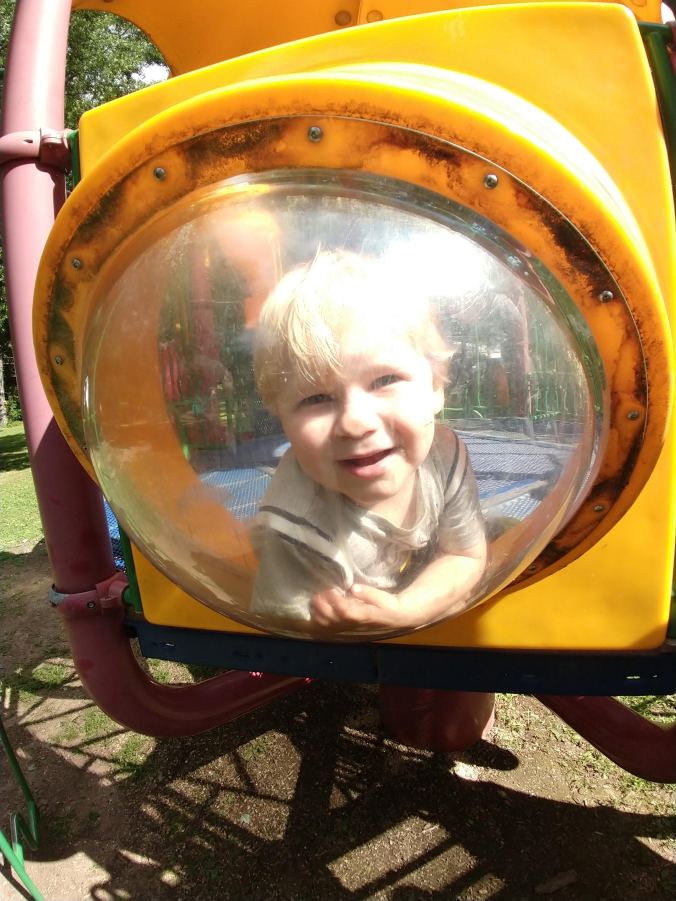 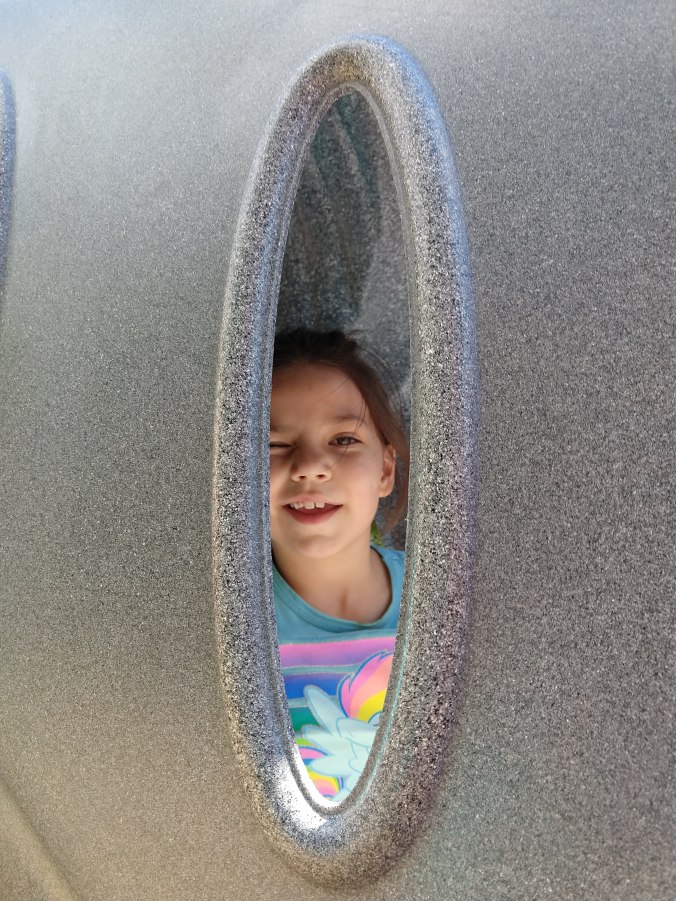 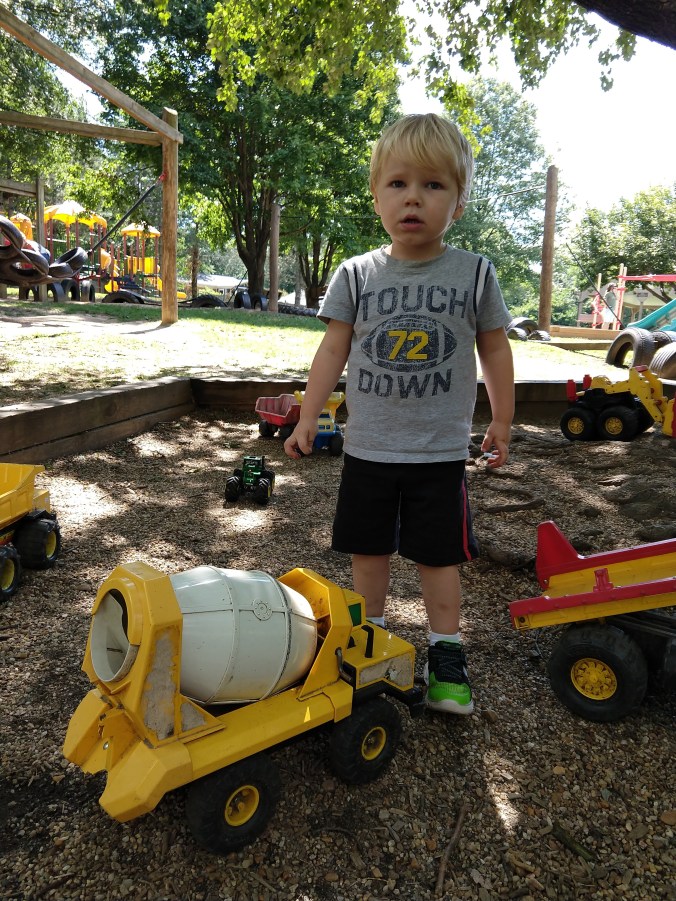 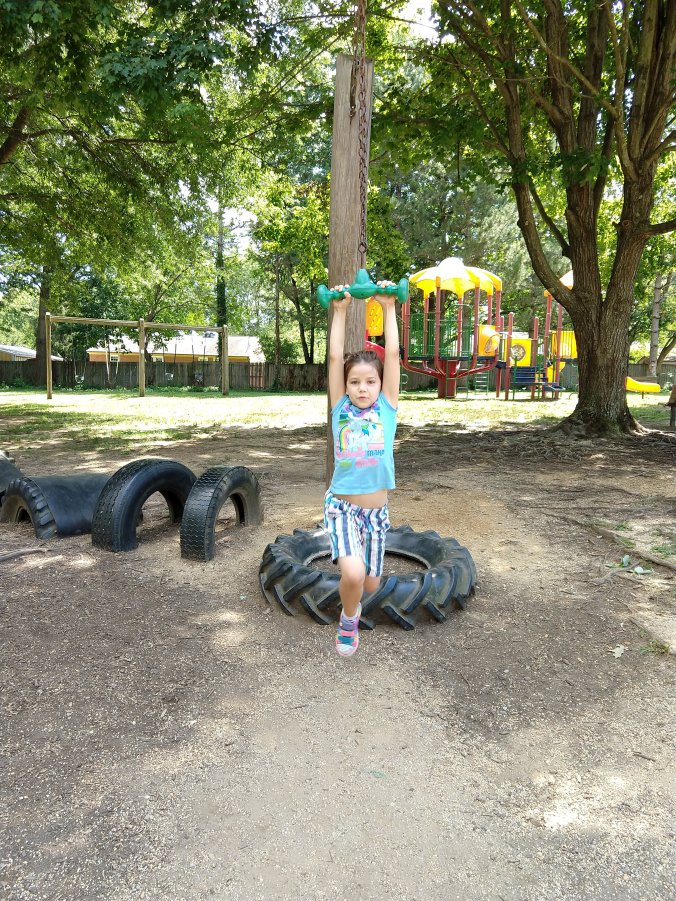 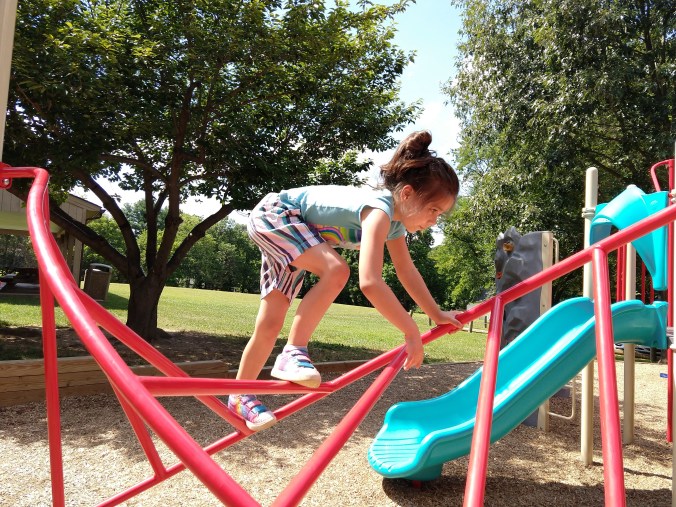 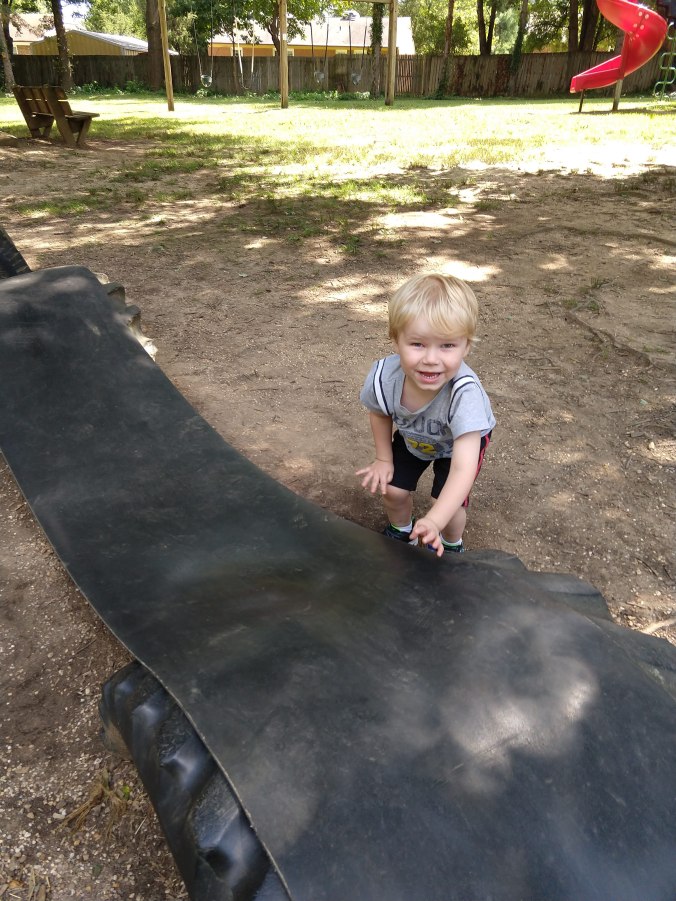 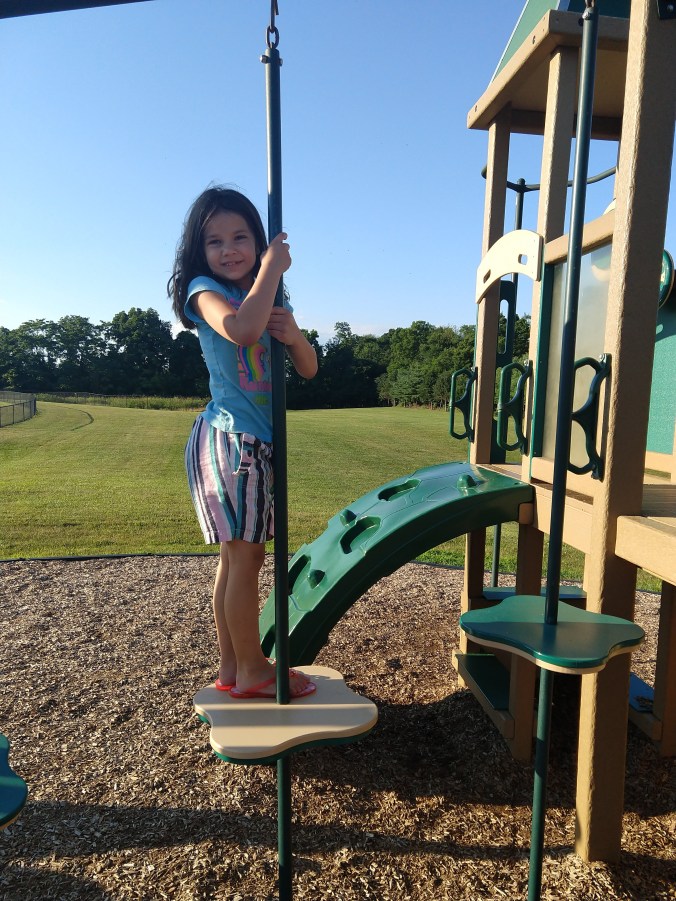 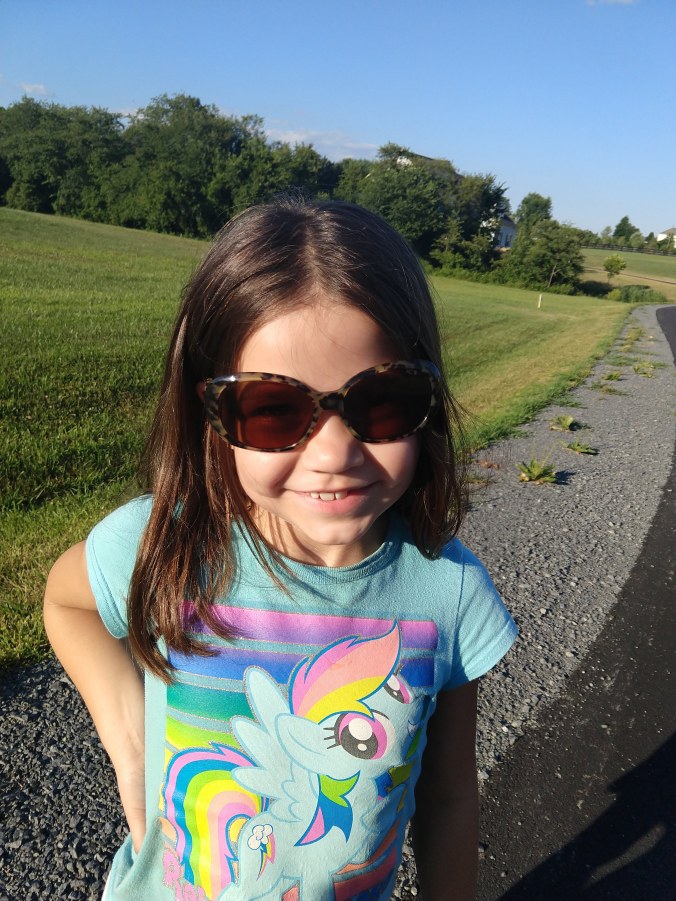 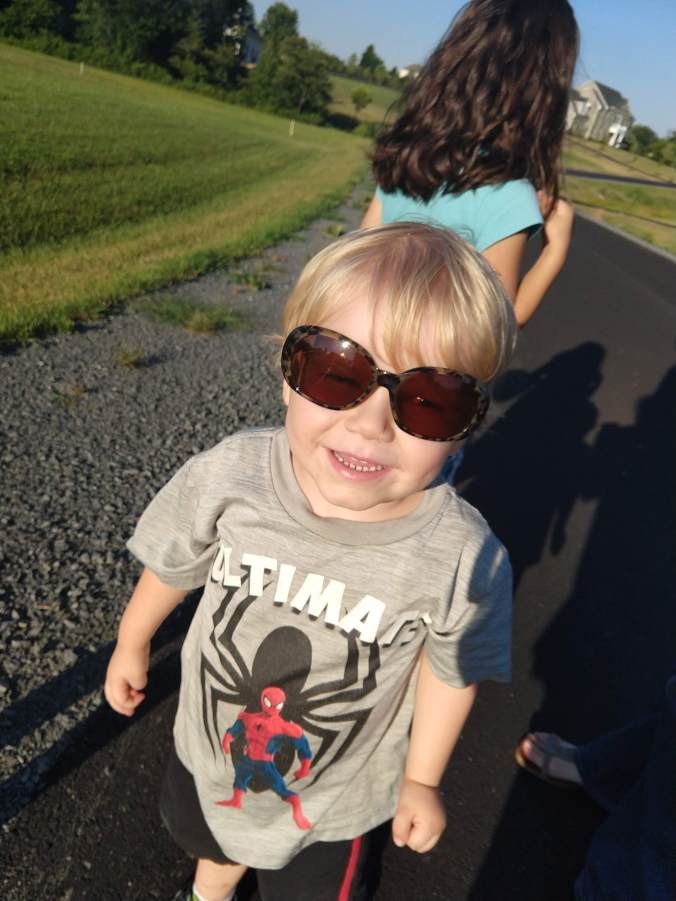