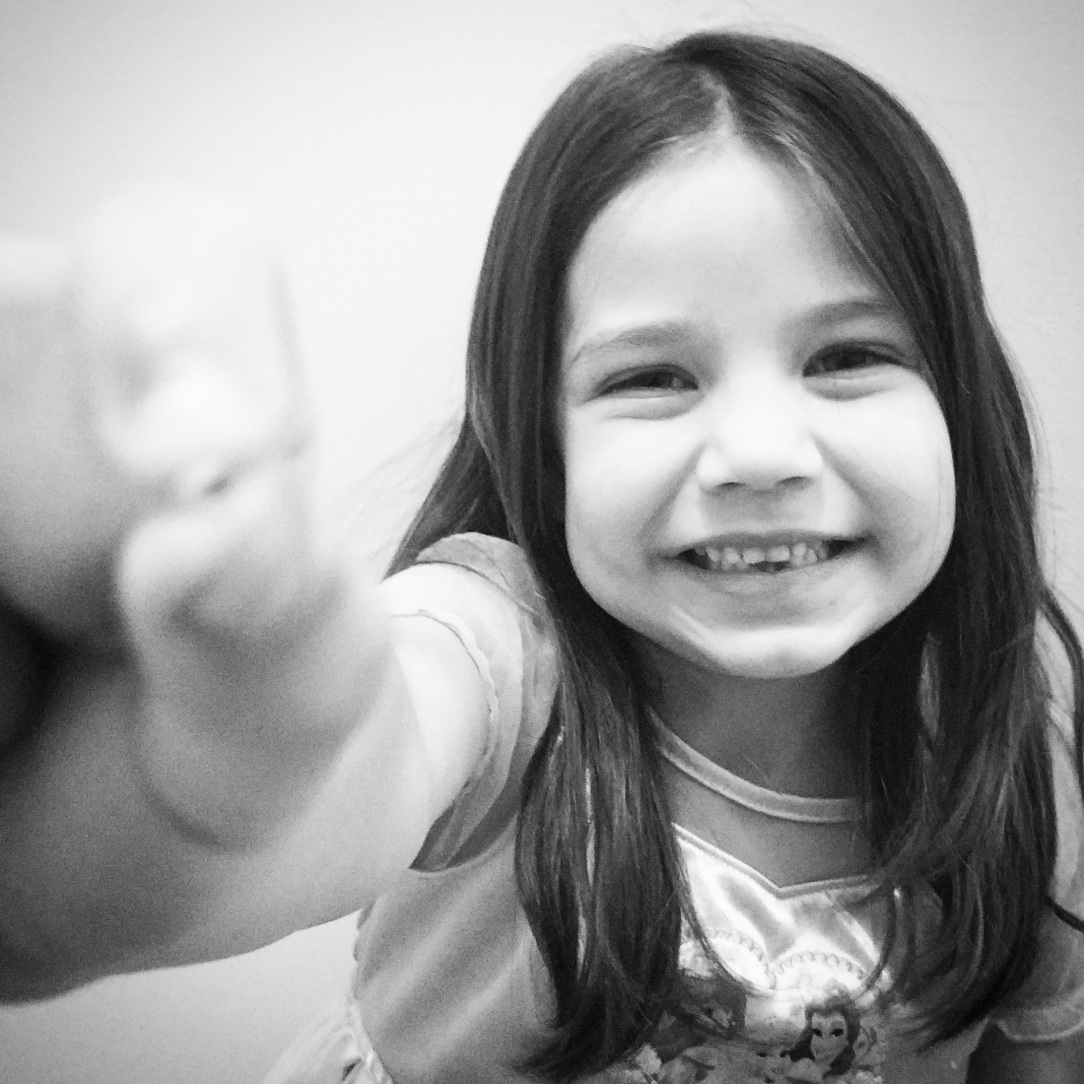 She was fidgeting a lot while I was reading her her new book this evening. It was very unusual, because typically she is glued to a story to the very end. Her fingers were in and out of her mouth. Finally she announced, “I can’t believe I have another loose tooth already!” She’s had a second loose tooth for a few weeks, but the last time I looked it was still in there pretty sturdy so I was surprised when I glanced over and saw that it was bending straight out of her mouth, being held on by a small piece of skin. “I can’t stand that it is still in there!!!” she whined.

Like any good mother at the possible onset of another milestone I quickly googled the best way to pull a loose tooth.

When we were kids, my parents would tie string around the tooth and yank it out. I wondered if this was still common practice.

I didn’t get the opportunity to learn the answer to that question, because no sooner had my google results displayed on the screen, she let out a gasp and displayed her tooth in the palm of her hand. With a big, gappy smile she couldn’t stop giggling. 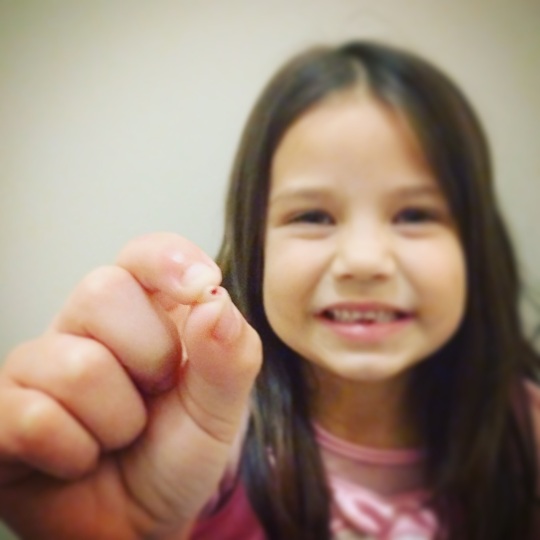 If you happen to see her, give her the opportunity to share her big news. She can’t wait to let people know. 🙂

To make her day even more spectacular, it was Grandparents’ Day at her school. I went for the first little while, along with Tim and his mom, both of whom stayed for the entire event. When I left them they were standing in line at the book fair with a couple of books C had picked out. She was pretty excited to have her grandma there to see her at school. 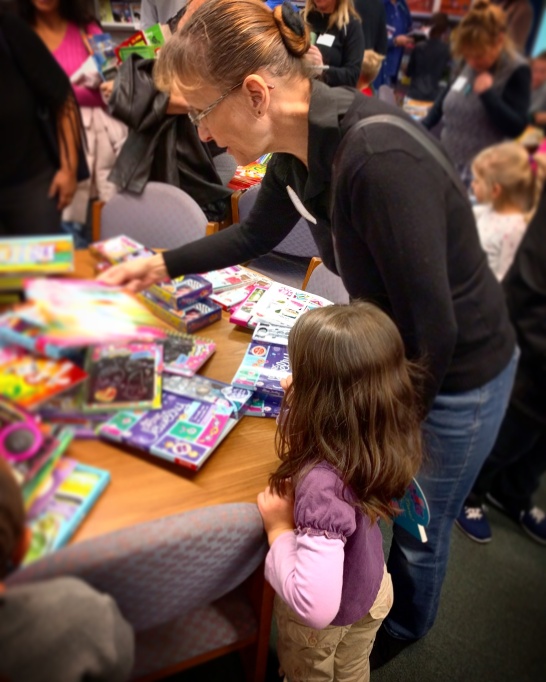