On the way into work this morning I was surprised by the light volume on the roads. Monday mornings usually offer me the hardest commutes, so I was delighted when I made it to work in record time. As I was driving, nearly every story on the radio referenced the upcoming eclipse, and the best ways to participate. I hadn’t bothered to get special glasses, because I figured I’d just watch it on tv later, or live stream it at the office. We weren’t slated to get a total eclipse, but I was curious what it would look like.

It was supposed to peak at around 2:48, so at about 2:30 a group of us went outside. I was happy to see that other people had planned ahead and they brought their special eclipse glasses with them and they were kind enough to share.

The lighting outside was strange… it had the shade of an overcast day, with the hard shadows of direct sunlight. As we looked around we saw the interesting designs that were created from the shadow of the trees and leaves.

At one point we were lucky enough to have a cloud cross over the sun, and it acted as a natural filter and we were able to snap some pictures of the eclipse. It really was a fascinating experience, and one we will have to wait a few years to experience again. So glad I took the time to get outside and see it!! 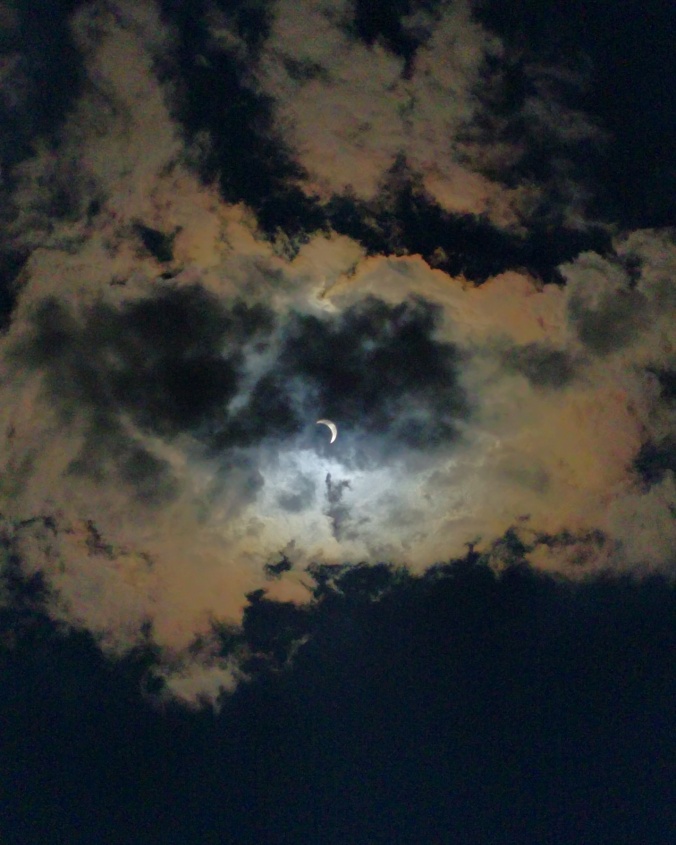 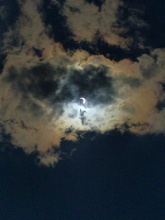 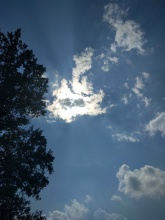