My sister in law and I had the chance to get our kids together this evening for a couple of hours. We have been at the new house most weekends, and have missed out on some family gatherings, and I really want to get them some additional cousin time. We had thought about the beach, but today was so incredibly windy we decided to forgo getting stabbed in the eyes with sand. So we landed on McDonalds take out and some time at the church playground. But after getting to the church, we realized it was still too cold to be outside, so we went in.

The kids ate their dinner and then ran and ran. It was a great chance for them to wear off their energy and a wonderful opportunity for me to spend time with my sis in law. We stayed later than we should have, and you could definitely tell the evening was winding itself down when the kids started crying and complaining about each other.

We were about to pack up when I heard Big E crying and he came around the corner with blood dripping down his face. Apparently he was standing too close to a door that swung open and whacked him square on the lip. His upper lip got pretty busted, but thankfully we got the bleeding stopped quickly. It definitely swelled up and I imagine it will be a lovely color in the morning. I was grateful his teeth and nose were spared a direct blow. He was done after that and nursed his hurt lip all the way home. Poor guy wanted a bandaid on it, but I explained bandaids don’t work on lips.

Hopefully they are all worn out enough to sleep through the night. Baby E woke me up in the middle of the night last night screaming at the top of his lungs. I found him in the hallway staring at himself in the full length mirror, just screaming. (Creepy, I know!!) I’m pretty sure it was a night terror, and it took a good 15 minutes to get him out of it and calmed down enough to go back to bed. But within a half hour he was crawling into my bed stealing valuable cushiony real estate. I woke up later with his sweat drenched body pushed against me, and me barely clinging to the edge of the bed. Sometimes he would sit himself up in his sleep and flop back down, irregardless of where his head might land. Nothing like getting a large toddler head slamming into your stomach in the middle of the night! Hopefully tonight goes much smoother! 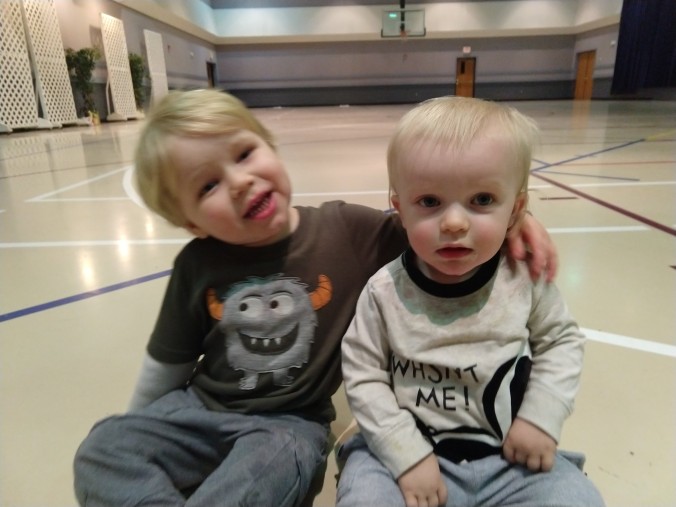 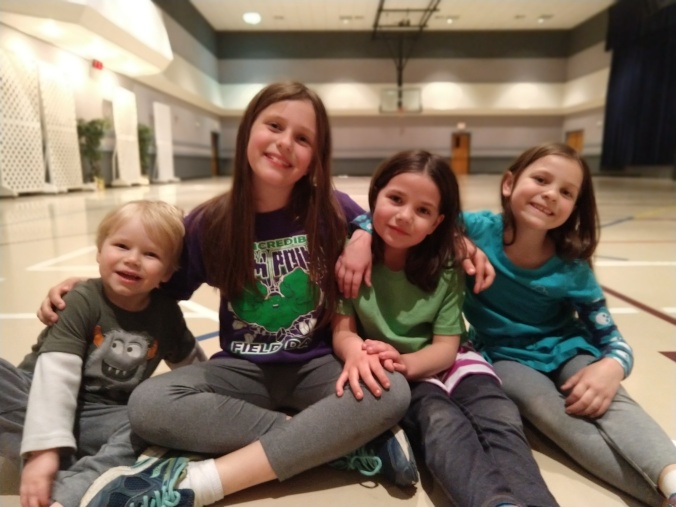