The other day we bought the kids new flip flops for the summer. Baby E was especially enamored with his and has insisted wearing them all the time, even to bed, which honestly I find hilarious. He is a funny little guy when it comes to his bedtime routine. He wears a ‘Daddy Shirt’ for pajamas. He uses a pull up at night, but doesn’t like the way it feels against his skin, so he insists on wearing underwear underneath. Since he next to never wets the bed, I allow this unorthodox fashion choice. So as you can imagine, Baby E looks pretty ridiculous sleeping in his oversized shirt, diaper outside his underwear, and a pair of flip flops (which he refers to as Foot Flops.) He sleeps with a 10in tall Batman figure that has to have its legs completely straight or he thinks it is broken, and he insists on sleeping with a butterfly decorated blanket. This kid definitely knows what he likes. 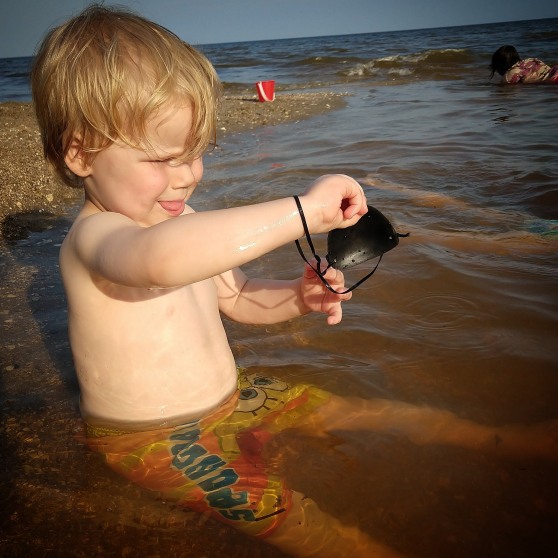