After grabbing the boys this evening, we picked up pizza and drove down into town. As we came closer to the water I noticed that it was very choppy, which is usually a good warning that storms are coming.

Instead of heading straight home, I drove the van down the road that has only a jersey wall separating the road from the rocks and then the water. I parked as close to the wall as I could and we waited for the waves to splash against the rocks and spray the van. After a few minutes the boys asked to get out, and since we were off the main road at a dead end, I obliged. They had fun running up to the wall as the waves crashed. There were a few times they were very surprised by some large sprays. I loved watching them squeal and jump in excitement. Baby E got slammed by a pretty big wave, which startled him, but he calmed down after using my dress as a towel. 😂😂 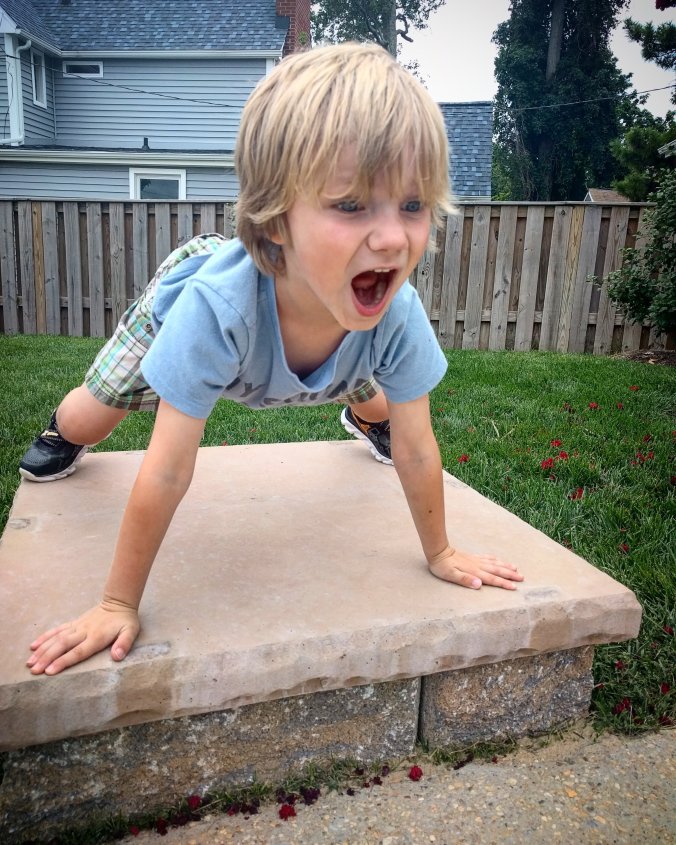